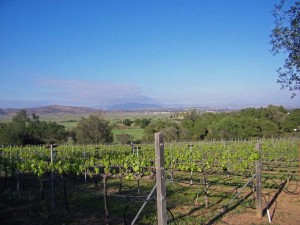 were first planted in 1995 with a small block of Merlot.  Since then Cabernet Franc was added in 2003, Grenache Noir in 2004, Petit Verdot and Alicante Bouschet in 2009, Malbec and Cabernet Sauvignon in 2010, Montepulciano in 2013, and Carmenere was added in 2015.  The vineyards developed from what is called a landscaping project gone wrong, the first vines grew and the owners were hooked.

All of Woof’n Roses grapes are used by the winery to make estate designated wines.  Very small lots of grapes from neighboring vineyards are also used to make additional Ramona Valley designated wines. 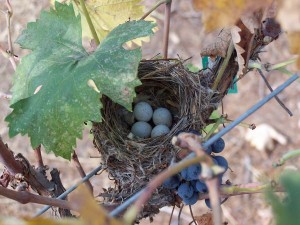 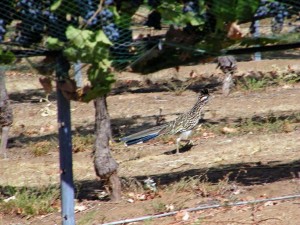 There are so many neat things to see in the vineyards and everything, including the overlooking views, changes from day to day.

While this looks like a mirror it is actually two Barn Owls getting ready to hunt gophers. 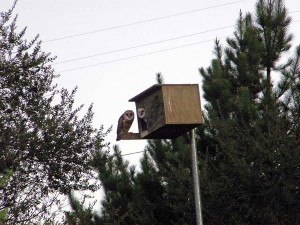